Taylor Swift’s “Look What You Made Me Do” debuted at #22 on last week’s Mediabase pop radio chart.

This week, it rockets into the Top 10.

Played ~9,204 times during the August 27-September 2 tracking period (its first full week in the market), “Look” earns #9 on this week’s chart.

How does the song’s early performance compare to other recent pop radio smashes?

The airplay comparison is not entirely apples-to-apples, however, as “Shake It Off” debuted earlier in the previous tracking week (Monday evening versus late Thursday night). The earlier debut provided extra time to gain momentum and support.

The original version had been receiving a modest amount of airplay at pop radio, but it was not until the release of the Kendrick Lamar remix that “Bad Blood” truly took off — and landed on the chart. After ranking below the chart at #80 for the May 10-16 tracking week, it debuted at #14 based on airplay for the May 17-23 tracking period. It then improved to #10 based on its May 24-30 airplay.

Like “Shake It Off,” the “Bad Blood” remix launched far earlier in its first chart week than “Look What You Made Me Do” or “Can’t Stop The Feeling.” 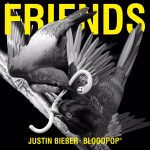