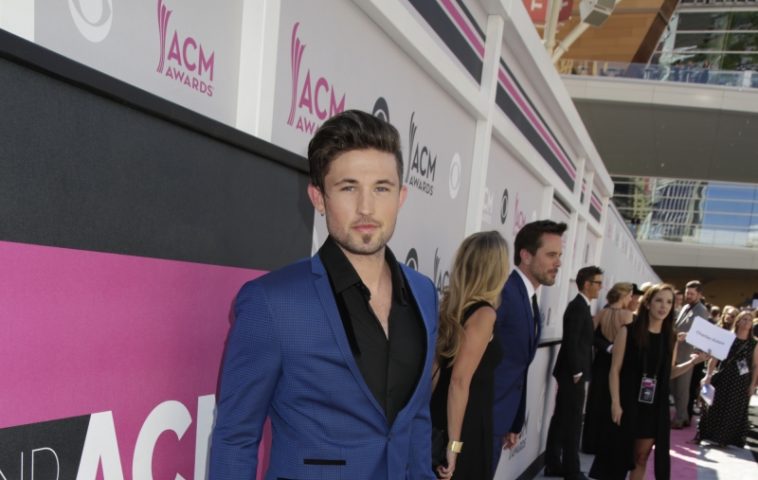 Michael Ray at the ACMs | CBS

Michael Ray’s new single “Get To You” received a healthy amount of support in conjunction with this week’s country radio impact.

Picked up by 36 Mediabase-monitored country stations, it ranks as the format’s most added song.

Darius Rucker’s “For The First Time,” which also impacted this week, takes second place on the add board. It won support from 28 stations.

Brett Young’s “Like I Loved You” takes third with 16 new pickups, while an add count of 13 slots Dierks Bentley’s “What The Hell Did I Say” in fourth place.

Each added by 11 stations, Brad Paisley’s “Last Time For Everything,” Dan + Shay’s “Road Trippin’,” Walker Hayes’ “You Broke Up With Me,” and Waterloo Revival’s “What Guy Wouldn’t” tie for fifth.

Chris Stapleton’s “Broken Halos,” Joe Nichols’ “Never Gets Old,” and Kenny Chesney’s “All The Pretty Girls” follow in a tie for ninth; each landed at 10 new stations.