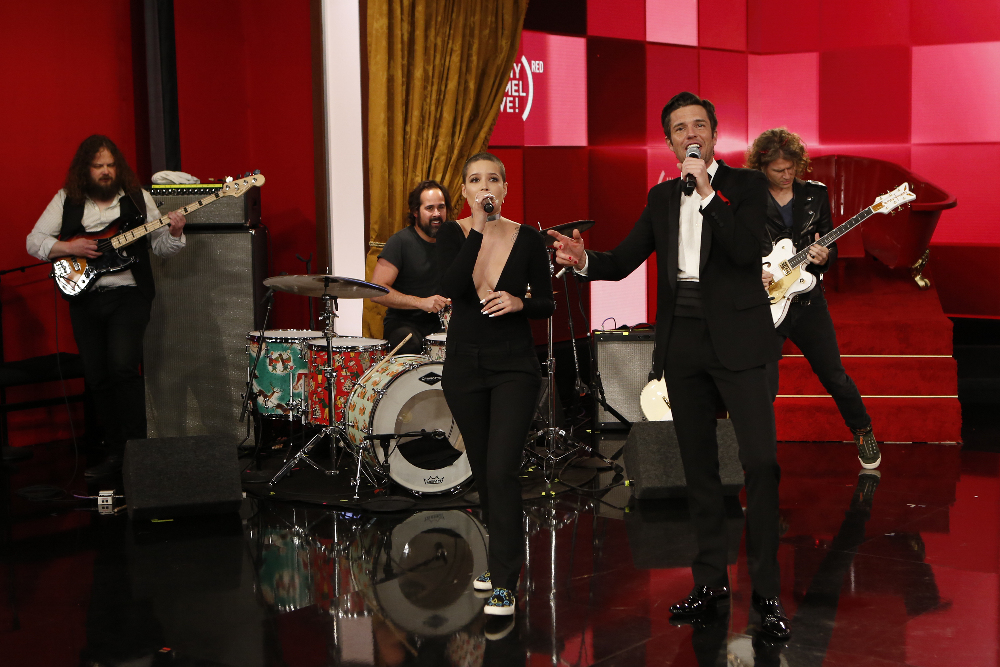 In a thoroughly unsurprising outcome, The Killers’ new single won a healthy amount of support from alternative radio stations.

Picked up by 46 Mediabase-monitored alternative stations, “The Man” ranks as the format’s most added song.

Queens Of The Stone Age’s “The Way You Used To,” which won support from 28 stations, takes second place on the add board.

Arcade Fire’s “Everything Now” ranks as third-most added with 6 pickups, while Imagine Dragons’ “Thunder” takes fourth place on the strength of 5 adds.

Each added by 4 stations, LCD Soundsystem’s “Call The Police,” Lorde’s “Perfect Places,” and Mikey Mike’s “Doin’ Me” tie for fifth.

Blink-182’s “Home Is Such A Lonely Place,” Declan McKenna’s “Humongous,” Foo Fighters’ “Run,” Green Day’s “Revolution Radio,” Lord Huron’s “The Night We Met,” The Lumineers’ “Angela,” and The War On Drugs’ “Holding On” follow in a tie for eighth place. Each landed at 3 stations.