Last week’s “Once Upon A Time” set series lows in adults 18-49 and overall viewership.

This week’s episode posted slight gains in both columns.

The numbers are certainly not cause for celebration, but they do best the 0.8 rating and 2.71 million viewer mark garnered by last week’s episode.

While “OUAT” rose from a series low performance, fellow Sunday ABC drama “American Crime” fell to a new one.

Airing between the two shows, 9PM drama “Time After Time” posted a 0.4 rating and 1.93 million viewers. It was even with last week’s episode in the demo but up in viewership (last week’s show drew 1.79 million viewers). 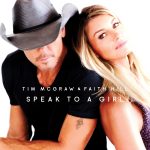