While not quite as strong as last week’s premiere, Monday’s “America’s Next Top Model” still delivered solid ratings for VH1.

The numbers are down from the 0.65 rating and 1.28 million viewership figure** drawn by last week’s premiere, but they are not at all concerning in context.

This week’s episode followed “K. Michelle: My Life.” Though it delivered strong marks by conventional cable standards (0.75 rating, 1.62 million total viewers from 9:30-10PM), its numbers are obviously a far cry from those posted by last week’s “Love & Hip-Hop.”

This Monday’s “America’s Next Top Model” featured an appearance by Zendaya.

Editor’s Note: Some media outlets reported last week’s viewership figure as 1.7 million total viewers. It is unclear whether that number was posted in error or if it includes encores and/or simulcasts, but it is not the accurate number for the premiere on VH1. That broadcast, as correctly reported here, drew 1.28 million live+same-day viewers. 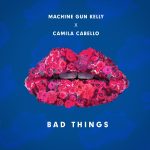