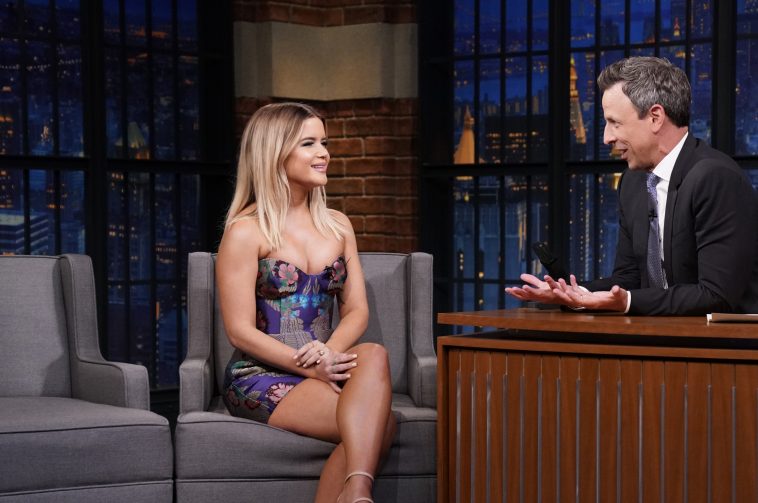 Ahead of her show at New York’s Radio City Music Hall, Maren Morris will pay a visit to the very nearby “Late Night With Seth Meyers.”

According to NBC, Morris will be an interview and musical guest on the July 27 episode. The song selection for her performance is tentatively set as “Background Music.”

Beyond guest 8G Band resident Art Cruz, Morris is the only celebrity visitor currently confirmed for the episode. Another interview guest may, however, be announced at a later date. For now, here are the lineups for upcoming “Late Night” broadcasts:

Wednesday, July 20: Guests Katie Holmes (Alone Together), and Joe Pera (Summer in the Midwest and Rustbelt Tour and Fall Everywhere Else Tour). Andrew Marshall sits-in with the 8G Band. Show 1319.