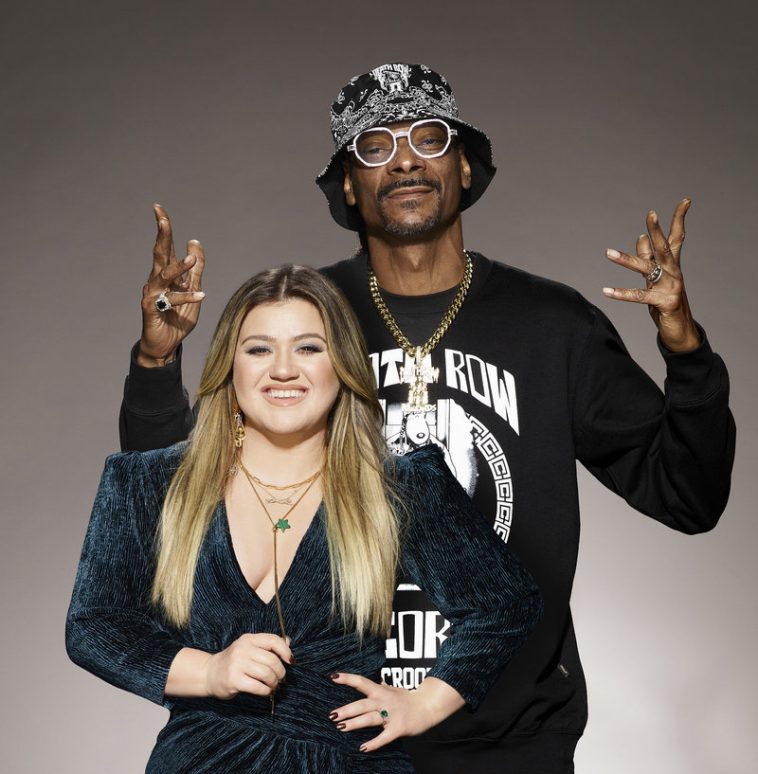 Across a Super Bowl commercial and an official press release, NBC has revealed the hosts of the upcoming “American Song Contest.”

Those hosts are Snoop Dogg and Kelly Clarkson.

Essentially an American take on the iconic “Eurovision Song Contest,” the new series will premiere from 8-10PM ET/PT on Monday, March 21. The show will run for eight weeks, with the Grand Final airing on May 9.

“‘American Song Contest’ will feature live new music performances – representing all 50 states, five U.S. territories and our nation’s capital – competing to win the country’s vote for the best hit song,” says NBC. “An incredible solo artist, duo or a band will represent each location and perform a new original song, celebrating the depth and variety of different styles and genres across America.”

Featuring 56 artists, the competition will span Qualifying Rounds, Semi-Finals, and the Grand Final.