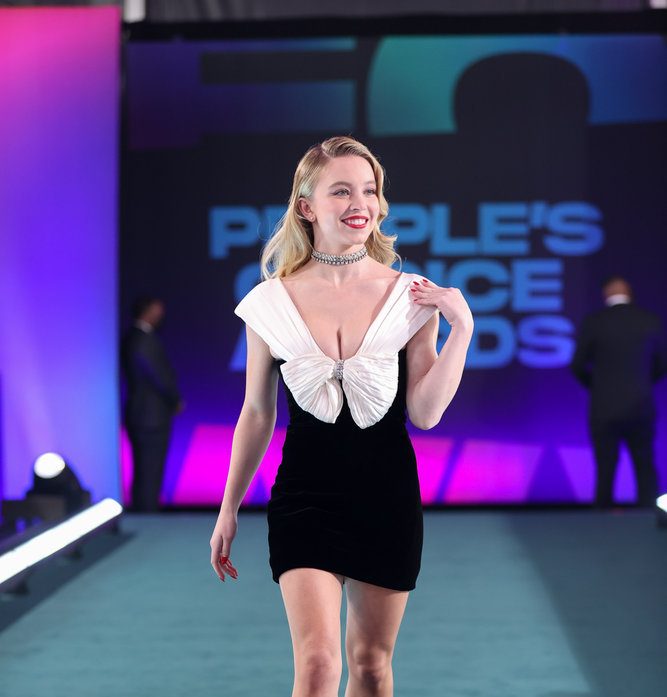 In a Monday announcement, E! and NBC revealed that immensely popular actress Sydney Sweeney would be a presenter at the 2021 People’s Choice Awards. Sweeney’s show “The White Lotus” is also up for the Bingeworthy Show award.

Ahead of the ceremony, Sweeney made her presence felt on the green carpet.

In the epitome of an unsurprising assessment, she looked gorgeous as she made her way into Barker Hangar for the annual fan-voted ceremony.

Prior to the 9PM ET broadcast, E! and NBC shared photos from Sweeney’s stint on the arrival circuit. Those photos follow: