After less than a full day in the market, BTS’ “Film out” debuted at #30 on last week’s Global YouTube Music Videos Chart.

Following its first full week, the Japanese-language video soars to #1 on the latest edition of the chart.

“Film out” leads the way thanks to the 53.1 million views it received during the April 2-8 tracking period. The count tops the video’s abbreviated debut mark by 265%.

Lil Nas X’s “MONTERO (Call Me By Your Name),” last week’s leader, falls to #3 this week. Jubin Nauityal’s “Lut Gaye” holds in between the BTS and Lil Nas X videos at #2.

— “Film out” concurrently soars fifty-two places to #3 on the Global YouTube Songs Chart, which accounts for YouTube activity from all official and/or otherwise eligible uploads. “Film out” received 55.3 million tracking period plays under that calculation. 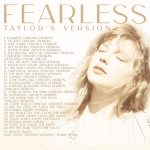