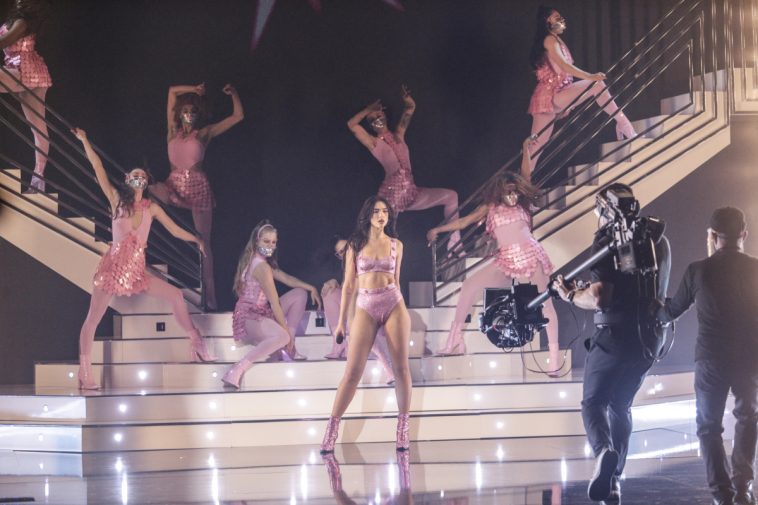 Silk Sonic’s “Leave The Door Open” was #1 on the US iTunes sales chart prior to Sunday’s Grammy Awards, and a show-stealing performance by the Bruno Mars-Anderson .Paak collective has helped it maintain its lead.

Some other Grammy-related songs are, however, making moves just below “Leave The Door Open.”

As of press time at 1:50AM ET Monday morning, Dua Lipa’s “Don’t Start Now” is up to #2 on the chart. Dua Lipa performed the song as part of a medley during Sunday’s show; the song was also up for multiple awards, and the album on which it appears (“Future Nostalgia”) won for Best Pop Vocal Album.

Harry Styles’ “Watermleon Sugar,” the focus of the show-opening performance and winner for Best Pop Solo Performance, is currently #3.

Masked Wolf’s breakthrough “Astronaut In The Ocean” remains strong at #4, while BTS’ “Dynamite” is up to #5 following a Grammys performance and nomination.

— The chart’s next two songs are also Grammy-related, as Dua Lipa’s “Levitating (featuring DaBaby)” is #6 and Black Pumas’ “Colors” is #7. Both songs received the performance treatment Sunday night.