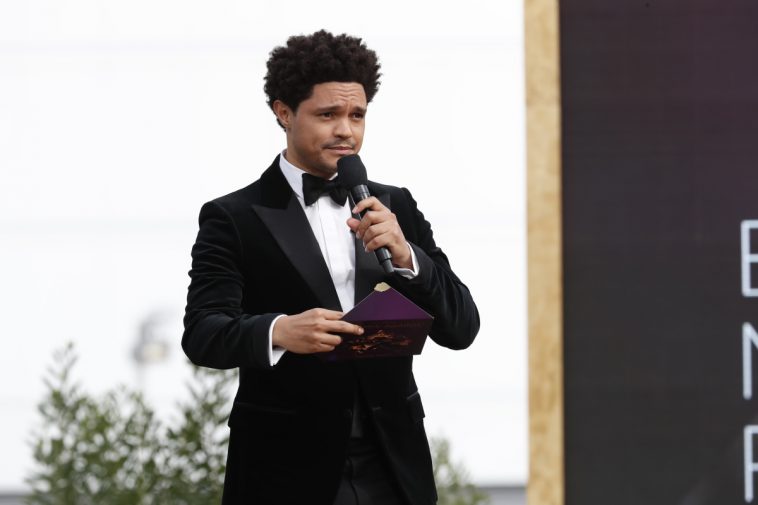 Update: The final ratings for the 2021 Grammy Awards ceremony came in higher than the preliminary numbers in CBS’ Monday afternoon press release.

According to Showbuzz, the TV broadcast drew a 2.3 adults 18-49 rating and averaged 9.2 million overall live+same-day viewers. The CBS press release reported that 8.8 million watched the show on TV and official streaming platforms.

Showbuzz’s number, which is already higher than the total CBS reported, does not even include the streaming component.

Despite the upward revision, this year’s ceremony still ranks as the least-watched Grammys ceremony on record. It is also down sharply from last year’s show, which averaged 18.7 million viewers on TV.
====

According to CBS, the show drew a 2.1 adults 18-49 rating and averaged 8.8 million overall viewers. Those numbers, it should be noted, account for Paramount+ and CBS app streaming in addition to traditional TV viewership.

The numbers sharply trail the 5.4 demo rating and 18.7 million viewer mark posted by last year’s ceremony, which was considered a comparably weak ratings performer in its own right.

Both numbers, moreover, represent franchise lows by a considerable margin. Prior to this year’s show, the smallest recorded demo rating was last year’s 5.4. The smallest audience on record was 17.00 million for the 2006 ceremony.

CBS notes that this year’s ceremony was the most-live streamed Grammys on record. Although that statistic is positive in a vacuum, it also paints an even more negative portrait of the show’s traditional TV numbers (historical ratings numbers would not account for streaming, which only became a major factor in recent years anyway).

It is, of course, worth noting that just about all awards shows have been suffering ratings declines over the past decades. The COVID-19 pandemic and its impact on the show vibe has accelerated that decline.

On the other hand, the Grammys should theoretically be best positioned to combat waning interest in awards shows. Even if the awards themselves lose impact, the ceremony has the ability to attract audiences with its stacked lineup of performers. Shows like the Emmys, Golden Globes, and Oscars, which rely far more on the awards themselves, do not have as much leeway in that regard.