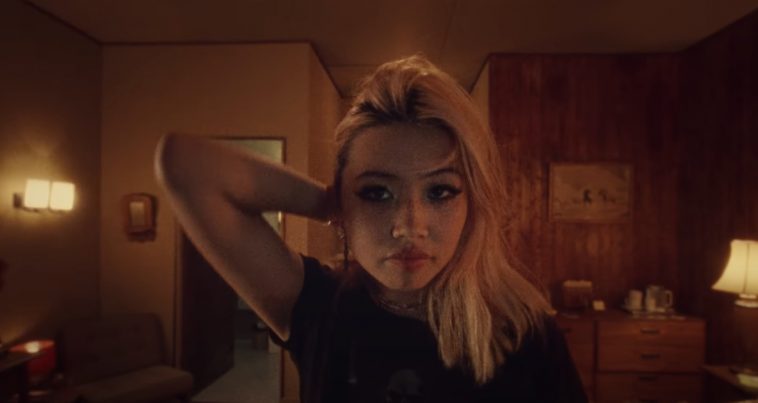 Beabadoobee in Worth It | Video Screen | Dirty Hit

Following the release of her debut studio album “Fake It Flowers,” beabdoobee reaches a new peak on the Billboard Emerging Artists Chart.

The singer-songwriter earns #7 on this week’s edition of the listing, which ranks the top artists who have yet to reach certain chart positions on key Billboard album or song charts. It accounts for factors like album sales, song consumption, and social media activity.

Beabadoobee previously peaked at #14 on the Emerging Artists chart, during a run largely driven by the success of her Powfu collaboration “death bed.”

To its credit, the “Fake It Flowers” album definitely made its presence felt on some charts this week. The album earned #16 on Billboard Top Album Sales, while arriving at #189 on the overall Billboard 200. The former chart accounts exclusively for album sales; the latter takes into account units from track sales and streams.