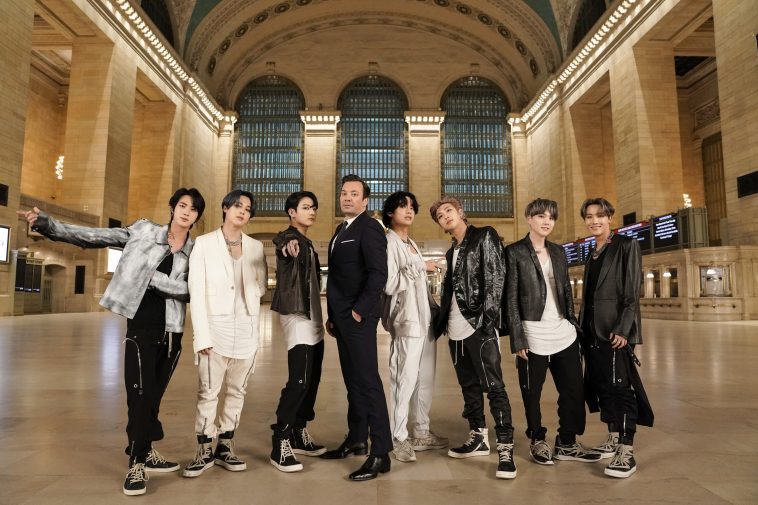 Earlier this year, “The Tonight Show Starring Jimmy Fallon” made BTS the centerpiece of an entire episode.

The late-night program is about to raise the stakes. NBC just announced that BTS will appear on all five original episodes during the week of September 28.

Calling the campaign “BTS Week,” NBC notes that BTS will deliver a “unique performance each week,” while also participating in comedy bits and popular “Tonight Show” segments. The group members will also appear as the lead interview/segment guests on September 30.

“We love having BTS on the show,” said Fallon. “These guys are incredible, and you just know they’re going to go above and beyond to make their performance unforgettable. Last time we had them on we took over Grand Central Terminal, so we had our work cut out for us to top that. And what’s better than one night with BTS … a full week!”

Although BTS will be appearing extensively throughout the week, other celebrities will also be making appearances. NBC has already confirmed Jim Parsons and Chris Colfer for the September 28 episode.