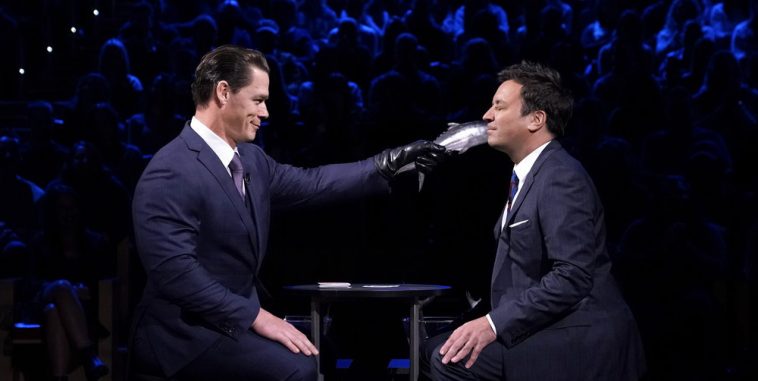 Earlier today, NBC announced that “The Tonight Show Starring Jimmy Fallon” will be celebrating “BTS Week” between September 28-October 2. Each episode will feature a musical performance by BTS; the group will also participate in numerous sketches and segments throughout the week.

The episodes will, however, also feature other guests. And the guest for September 29 could not be more fitting for a “BTS Week” edition of the late-night talk show.

NBC has announced John Cena as the lead interview guest for that night’s broadcast. Cena has publicly supported the superstar group on multiple occasions, and the members have reciprocated the respect and admiration.

Making the connection even more fun: during a February edition of “The Tonight Show Starring Jimmy Fallon,” BTS told the host that John Cena is the fellow celebrity they would most like to meet.

Although it is unclear where BTS and John Cena will be on September 29 due to social distancing practices, we at least know that the high-profile acts will finally be appearing on the same episode of a popular television show.