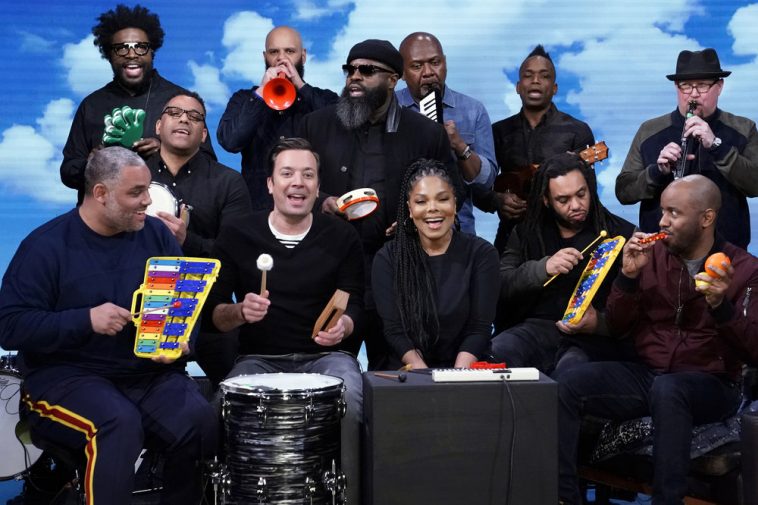 Update: Two days after visiting as an interview guest, Janet Jackson made another appearance on “The Tonight Show Starring Jimmy Fallon.”

Jackson appeared in a new edition of the popular “Classroom Instruments” segment on Wednesday’s episode. Accompanied by Fallon and The Roots, she performed “Runaway.”

A video of the segment and photos from the taping follow:

This past Monday, Janet Jackson appeared as an interview guest on “The Tonight Show Starring Jimmy Fallon.”

Wednesday, she participates in another segment.

The entertainment icon joins Jimmy Fallon and The Roots for a “Classroom Instruments” performance.

In addition to that segment, Wednesday’s “Fallon” features interviews with Zoe Kravitz and Ryan Seacrest. The episode also includes a Suggestion Box segment, as well as a performance by Jack Harlow.