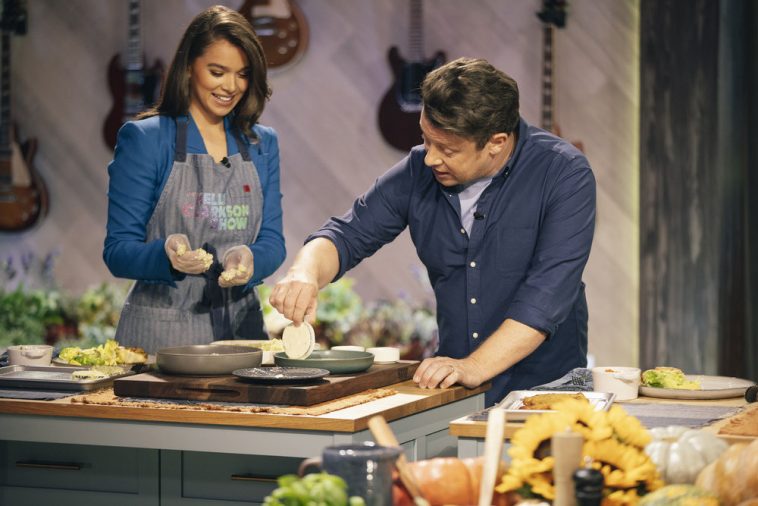 One day before the season premiere of “Dickinson,” and a few weeks before the premiere of “Hawkeye,” actress and singer Hailee Steinfeld makes an appearance on “The Kelly Clarkson Show.”

Indeed, the Oscar and Golden Globe nominee chats with Kelly Clarkson on Thursday’s edition of the daytime talk show. She additionally participates in a cooking demo alongside fellow guest Jamie Oliver.

The episode will air Thursday afternoon, but a set of first look photos from the taping are already available. NBCUniversal has also released teaser clips of the Steinfeld and Schweighöfer interviews.