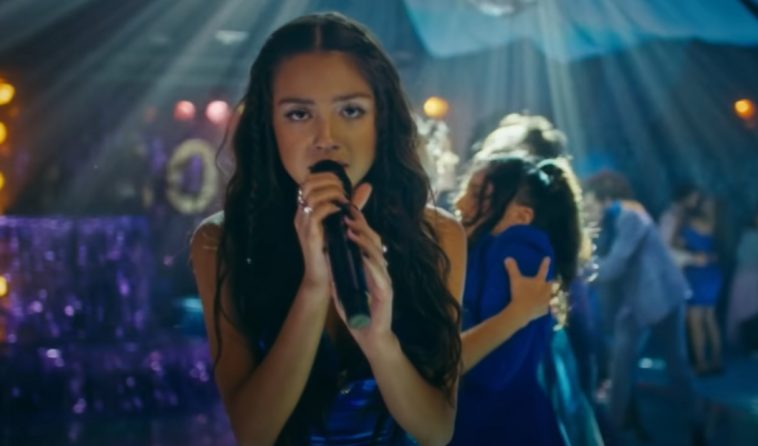 “Traitor,” Olivia Rodrigo’s fourth official single, is about to become her fourth to reach the Top 10 at pop radio. The acclaimed “SOUR” track is likely headed for the region on this week’s Mediabase pop radio airplay chart.

“traitor” received 4,325 spins during the first three days of the September 26-October 2 tracking period. Up a healthy 19% from the count at this point last week, the tally slots “traitor” at #10 on Mediabase’s building/real-time chart.

Since it does not face an obvious threat from below, “traitor” should be able to retain its position through the close of tracking.

Assuming it does, “traitor” will follow “drivers license,” “good 4 u,” and “deja vu” as the artist’s fourth Top 10 in as many tries. The former two ultimately reached #1, while the latter peaked at #2.