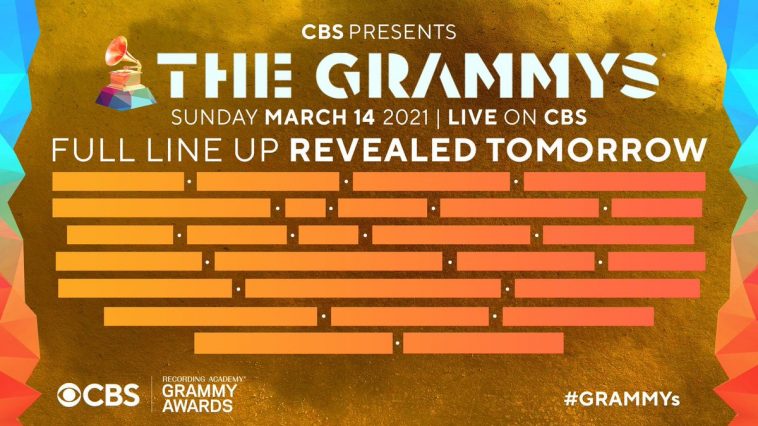 The days of awards shows announcing performers and presenters many weeks in advance seem to be over. An abundance of early announcements seemed particularly unlikely for the March 14 Grammy Awards, which are facing the moving parts associated with today’s pandemic-driven world.

Still, it seemed surprising that no official performer announcement had been made as of the morning of Saturday, March 6.

The world will, however, get the full lineup on Sunday, March 7. CBS just confirmed plans to make the lineup announcement Sunday, while also sharing a teaser image of the various performer names blacked out.

CBS did not specify when or how it will make the lineup announcement, but many are speculating the Grammys will get a high-profile promotional look during tomorrow’s “Oprah With Meghan and Harry” special. Whether that is when the announcement will take place – or, simply, when a noteworthy commercial will air – remains to be seen.