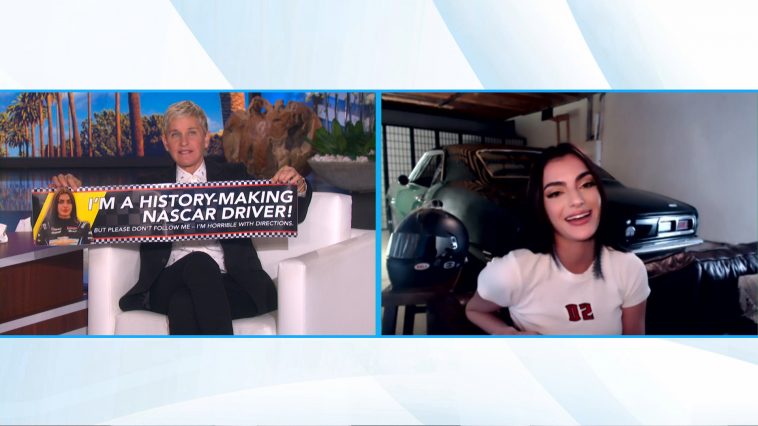 Appearing via video, the 21-year-old Breidinger talks about achieving her goal of earning a Top 20 finish at the Lucas Oil 200. She additionally discusses her background in the sport, as well as her hope of inspiring other female drivers.

During the discussion, Breidinger also acknowledges the poor sense of direction she demonstrates in everyday life. On the heels of the reveal, Ellen gifts Breidinger with a new GPS and comedic car decal.

Thursday’s “Ellen” will air later this afternoon, but a video of Breidinger’s appearance is already available