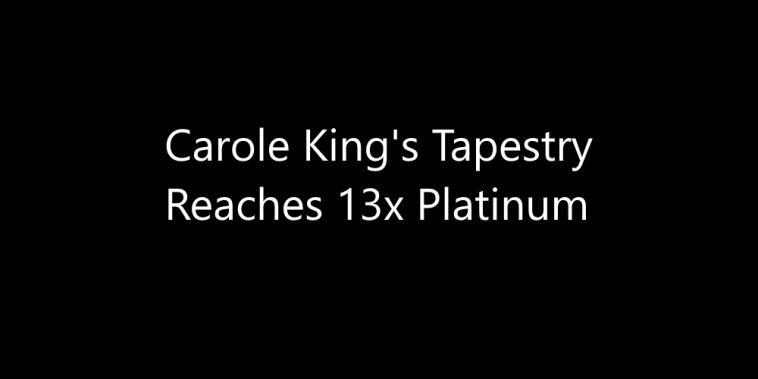 According to the RIAA, the album formally reached 13x platinum status on February 5, 2021. The award signifies 13 million in US units, with each unit equal to 1 album sale, 10 track sales, or 1500 track streams.

In this case, the clear majority of units come from traditional album sales. “Tapestry” first reached diamond (10x platinum) in the summer of 1995, long before digital track sales (let alone streams) were a factor.

Regarded as one of the best albums of all time, “Tapestry” earned the Grammy for Album of the Year at the 1972 ceremony.