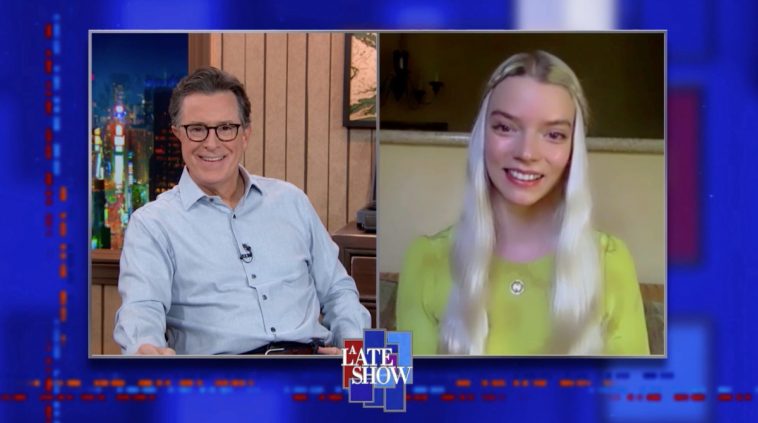 Naturally, she discusses her role in “The Queen’s Gambit.”

The interview is not, however, limited to the acclaimed Netflix series. The actress also discusses watching the “Lord Of The Rings” trilogy over holiday break. Videos of her interview follow:

More than two months have passed since its launch, and “The Queen’s Gambit” remains a force on Netflix. The acclaimed series has been a fixture of the Netflix Top 10 since its premiere, and it has generated considerable awards buzz for star Anya Taylor-Joy.

It has also made the actress a popular talk show guest. She makes another appearance Tuesday night.

The actress appears for a remote interview on Tuesday’s “Late Show With Stephen Colbert.” The episode, which will air at 11:35PM ET on CBS, also features a chat with Dr. Sanjay Gupta.

Ahead of the broadcast, CBS shared first-look screenshots: