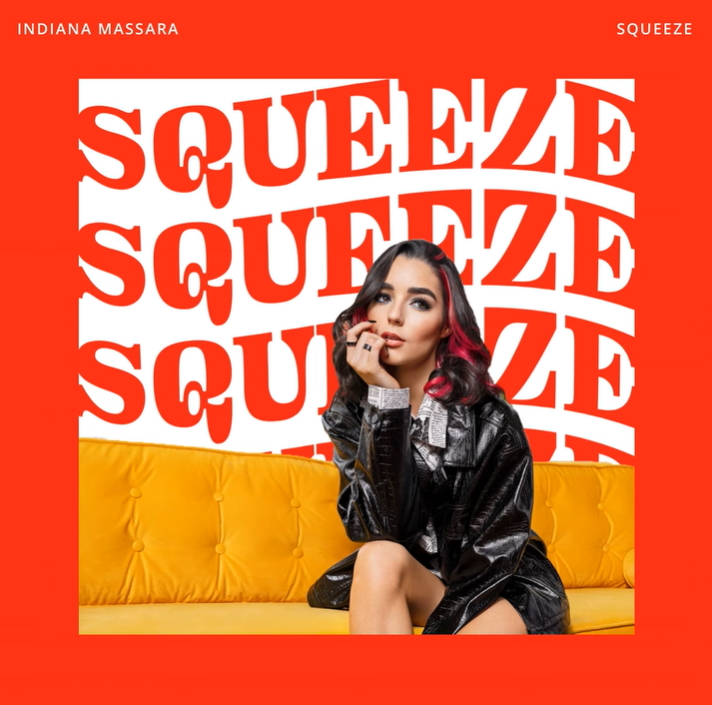 It took until December, but Indiana Massara has finally released her first official song of 2020. Entitled “Squeeze,” the new single arrived on digital audio platforms Friday, December 4. Massara says the accompanying video will premiere on December 11.

“Squeeze” is an undeniable step forward for the multi-faceted entertainer. Featuring more confident and nuanced vocals, catchier composition, and tighter production than her past releases, “Squeeze” is the best showcase yet for Massara’s talent, charisma, and commercial viability as a musical artist.

It does not, however, abandon the youthful spirit and unabashed sense of fun that made her previous music so enjoyable. Opting not to make a desperate, insincere attempt at a more “adult” or “modern” sound, Massara instead chooses the path of honest progression. The result is refreshing: a song that is different but not a departure.

“Squeeze” enters the market as Massara’s star profile continues to soar. In the year-plus since releasing the solo single “Say It Back” and Alex Sampson collaboration “COLD,” Massara has emerged as a force on platforms like TikTok (over 4 million fans) and Instagram (over 2 million followers). She has also maintained her acting world presence, while launching Dropouts Podcast.

Whether “Squeeze” will markedly expand her each remains to be seen. It will, however, engage and delight her already sizable fanbase — as well as anyone in the mood for a catchy pop song.