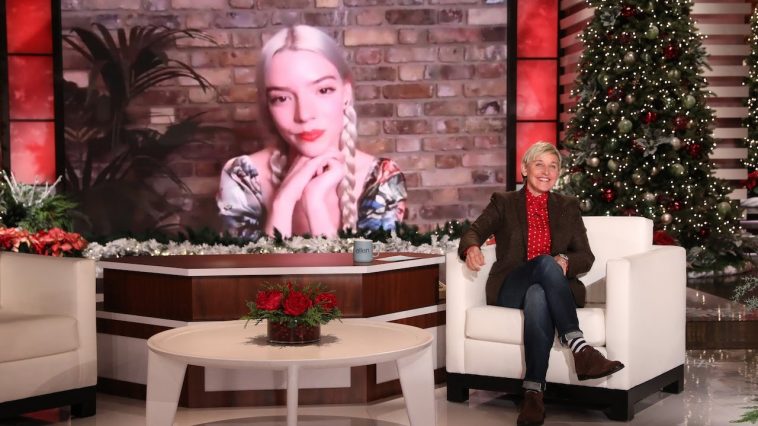 Bryan Cranston has delivered iconic, award-winning performances in the years since, but many fans vividly remember his turn as Tim Whatley on “Seinfeld.”

Said role comes up during Friday’s edition of “The Ellen DeGeneres Show.” Cranston talks about playing a love interest for Julia Louis-Dryefus’ Elaine, and the actress makes a cameo during the interview to discuss how a kissing scene left Cranston with a cold.

Cranston also talks about his experience with COVID-19.

In addition to Cranston, Friday’s “Ellen” features a visit from Anya Taylor-Joy. The actress discusses her acclaimed series “The Queen’s Gambit,” which is still dominating the streaming charts more than a month after its debut. Along with offering a broad look at the show and the game of chess, Taylor-Joy discusses working alongside “Harry Potter” alumnus Harry Melling. Taylor-Joy’s fondness for “Harry Potter” (it helped her learn English) was a focal point of previous TV interviews.

The episode will air this afternoon, but initial videos from the broadcast already follow: