In 2017 and 2018, comedy icon Jerry Seinfeld appeared on the Thanksgiving Night editions of “The Tonight Show Starring Jimmy Fallon.”

He will bring back that presumed tradition in 2020.

NBC just confirmed Seinfeld as the lead guest for the Thanksgiving Night episode on November 26, 2020. That night’s episode will also feature a performance by global music superstar Bad Bunny.

Wednesday, November 25: Guests include Melissa McCarthy, The Original Cast of Saved By The Bell and musical guest Sheryl Crow pays tribute to Tom Petty. Show 1362A 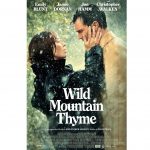