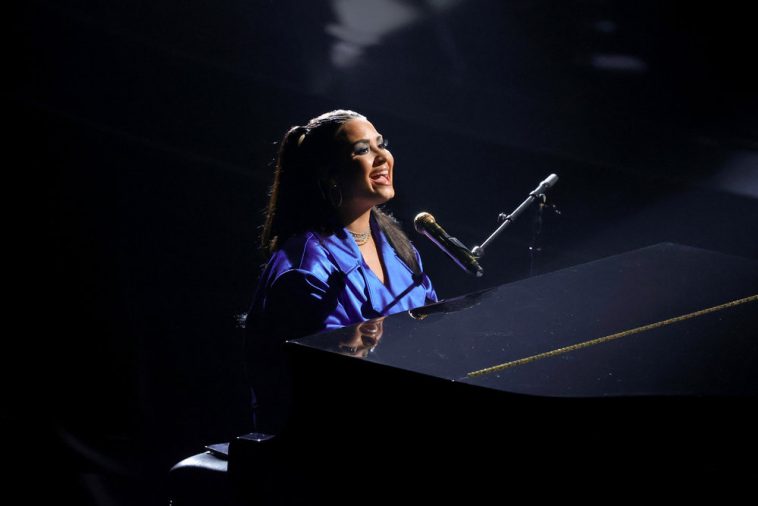 Take the assured buzz of a Demi Lovato release, include a pointed message, add a Billboard Music Awards performance, and throw in a video release – and you have the ingredients for an iTunes #1.

That recipe indeed materialized, with Lovato’s new “Commander In Chief” reaching #1 on the US iTunes sales chart Thursday. It remains in the pinnacle position as of 9:25PM ET.

Lovato performed the politically charged song during Wednesday’s Billboard Music Awards ceremony. Following the broadcast, Lovato released the official video. Said video has amassed 1.7 million views since its release and is #3 on the YouTube Trending Chart.