Katy Perry’s “Daisies” also enters that portion of the chart, rising one place to #25. The Katy Perry single received 2,699 spins, reflecting a week-over-week gain of 89.

— As the Jackson Wang and Katy Perry songs reach the Top 25, Jack Harlow’s “WHATS POPPIN” and Topic & A7S’ “Breaking Me” move into the Top 30.

A former #1 at rhythmic and current Top 5 hit at urban, “WHATS POPPIN” rises five places to #29 on this week’s pop chart. It posted a tracking period spin count of 1,888, marking a week-over-week gain of 674. 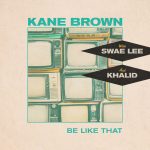