Update 2: Some controversy has emerged over the viewership count for 6ix9ine & Nicki Minaj’s “TROLLZ.”

Create Music Group, the distributor, formally announced that the video amassed 50.3 million views during its first twenty-four hours. Such a figure would have been the all-time record for a hip-hop video.

XXL Magazine, however, claims a YouTube source reports 32.5 million as the official figure.

YouTube has not issued a public press release on the matter, and Create Music Group has not publicly addressed the XXL report. Nicki Minaj, meanwhile, maintains an Instagram post about breaking the record (albeit with the 46 million figure from YouTube’s public view counter).
====

Update: Based on the public YouTube view counter, it seemed that 6ix9ine & Nicki Minaj’s “TROLLZ” broke the 24-hour viewership record for a hip-hop video. The view counter showed upwards of 46 million views after 24 hours, topping the 43.55 million mark achieved by 6ix9ine’s own “GOOBA.”

Last month, 6ix9ine’s “GOOBA” amassed an impressive 43.55 million views in its first twenty-four hours of release. The figure was the largest debut figure ever posted by a hip-hop video.

As of press time 23 hours into the video’s run, “TROLLZ” boasts a public YouTube view count of 45.02 million. With another hour left on the clock, “TROLLZ” could certainly close its day around 46 million.

The public view counter is unofficial, but insofar as YouTube does not always release an official number in a timely fashion (if ever), many will justifiably treat the “TROLLZ” mark as a formal record.

Either way, it reflects mammoth opening day interest in the new collaboration. Combined with a dominant opening day performance on iTunes and strong audio streaming numbers, “TROLLZ” is off to a very hot start. 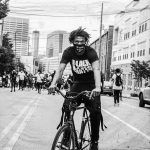