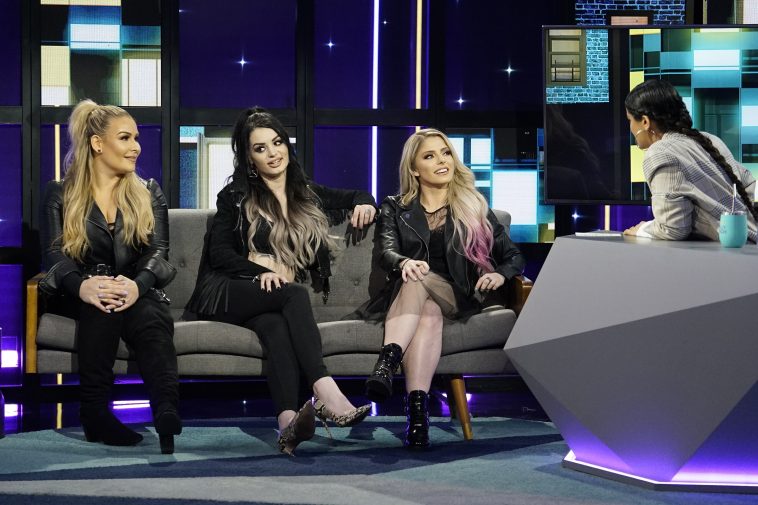 After two weeks of re-runs, NBC’s “A Little Late With Lilly Singh” will be airing original episodes this week. One of the broadcasts features some WWE personalities.

Appearing in support of this weekend’s two-night WrestleMania 36 event, Paige, Alexa Bliss and Natalya participate in an in-studio interview on Tuesday’s episode. As an early look at the taping reveals, they also take part in the show’s signature fun and shenanigans.

Filmed in advance, the episode will air at 1:35AM ET/PT Tuesday night (technically early Wednesday). Ahead of the broadcast, NBC shared some first-look photos: