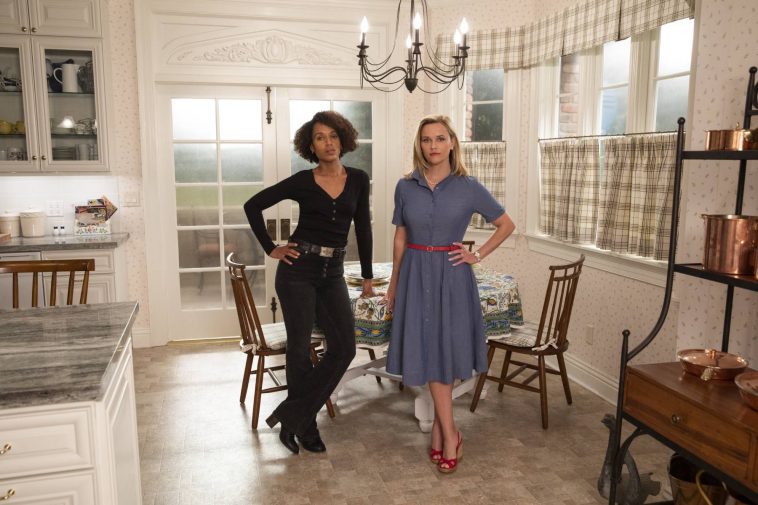 Update: “The Ellen DeGeneres Show” announced Friday that it will be suspending production until March 30.

Although it appears the new March 16 episode with Reese Witherspoon and Dixie Chicks will still air, the show will switch to re-runs on subsequent days. The March 17 episode with Kerry Washington, Gavin Newsom and J Balvin will, therefore, not be airing as originally advertised.
====

Earlier this month, news broke that “Little Fires Everywhere” principals Kerry Washington and Reese Witherspoon would be appearing (along with Dixie Chicks) on the March 16 “Ellen DeGeneres Show.”

This week, a revised lineup revealed that only Witherspoon and Dixie Chicks – not Washington – would be appearing on the episode.

Viewers evidently will, however, get to see a chat between Washington and Ellen. According to the program’s official website, Washington will now be appearing on the March 17 episode. Other guests for that day include Gavin Newsom and J Balvin.

Due to the show’s advance taping schedule, lineups theoretically should be more stable for “Ellen” than they are for live daytime talk shows. Still, all listings should be considered particularly subject-to-change as programs adapt to the Coronavirus pandemic.