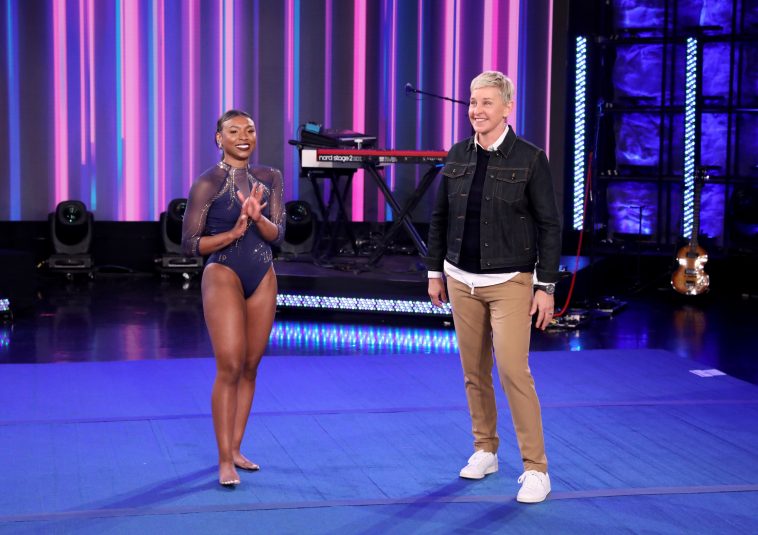 UCLA Gymnast Nia Dennis recently made waves for a floor routine set to the music of Beyoncé. The impressive routine yielded a 9.975 score.

Amid the buzz, Dennis makes an appearance on “The Ellen DeGeneres Show.”

She appears as an interview guest on Wednesday’s episode. During the interview, Ellen DeGeneres orchestrates a reunion between Dennis and her 10-year-old sister Maya; the two had not seen each other since the holidays.

Dennis also recreates her routine for the “Ellen” crowd.

The episode will air Wednesday afternoon, but the initial video clip is already available. Photos from the taping also follow: