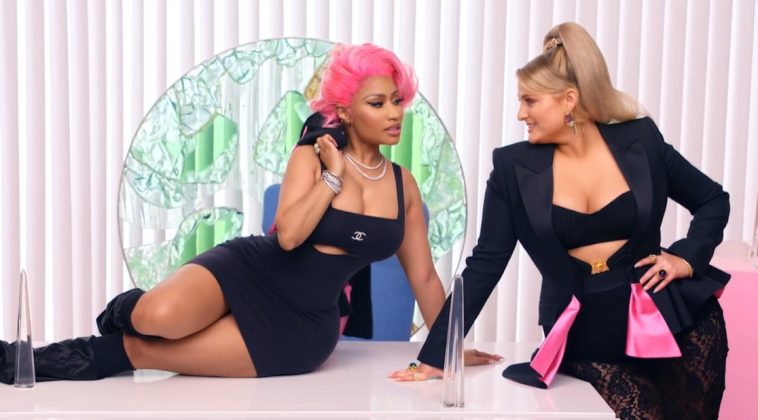 Nicki & Meghan in Nice To Meet Ya | Epic

Meghan Trainor’s “Nice To Meet Ya (featuring Nicki Minaj),” Noah Cyrus’ “July,” and Demi Lovato’s “Anyone” officially move into the Top 50 at pop radio this week.

Played 515 times during the February 2-8 tracking period, “Nice To Meet Ya” ranks as the Mediabase pop panel’s #44 song. The Trainor-Minaj collaboration was #112 last week with 43 plays.

“Anyone” concurrently rises three places to #48. The new Demi Lovato song received 288 spins this week, besting its prior mark by 26 plays.