Following the release of the movie (and full soundtrack) and the song’s official music video, Charlotte Lawrence’s “Birds Of Prey: The Album” track “Joke’s On You” is enjoying renewed interest on US iTunes.

As of press time at 7:30PM ET Saturday evening, the song is #90 on the US iTunes store’s all-genre soundtrack. It is meanwhile #4 on the US iTunes soundtrack chart, beneath only Saweetie & GALXARA’s fellow “Birds Of Prey” track “Sway With Me,” Idina Menzel & AURORA’s “Into The Unknown,” and Lady Gaga & Bradley Cooper’s “Shallow.”

“Joke’s On You” was released this past January as the second taste of the official “Birds Of Prey: The Album” LP. The full soundtrack arrived this Friday and currently sits at #2 on the US iTunes album sales chart.

The “Joke’s On You” music video also launched Friday; it already has over 300K views. 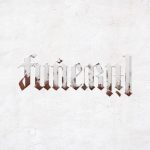