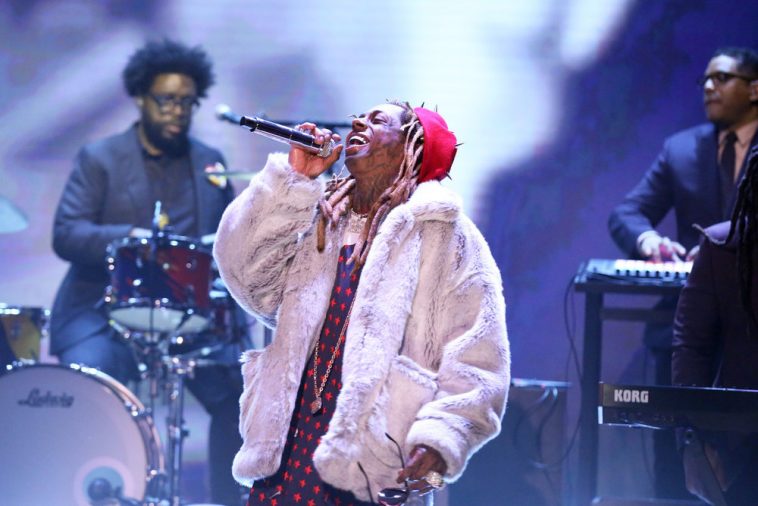 Videos of the performance and Pictionary segment follow; additional clips will be posted upon availability. Photos from the taping are also below.

The hip-hop superstar takes the stage on Wednesday’s edition of “The Tonight Show Starring Jimmy Fallon.” Said performance should provide additional momentum for the “Funeral” album, which is already pacing for #1 on the Billboard 200.

Prior to the Lil Wayne performance, Fallon welcomes guests Claire Danes and Lana Condor. Both participate in interviews; the two also play a game of VR Pictionary.

Wednesday’s “Fallon” episode will air at 11:35PM ET/PT on NBC; the Lil Wayne performance should start at around the 50-minute mark.