During the first three “Dare Me” episodes, conflict emerged regarding Beth’s status as the leader of the cheer squad. New coach Colette stripped her captain title and started positioning Tacy as top girl. Colette’s influence on Addy is further complicating matters.

Beth is not, however, going down quietly. Per an official synopsis from USAS Network, her effort to reassert her leadership status will evidently continue in episode four.

“Beth reasserts her authority by enticing the squad to a wild, adult party at the Playland Motel,” says USA of the episode, which is entitled “Rapprochement.”

The episode will air at 10PM ET/PT on January 19; first-look photos follow: 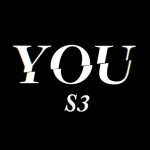