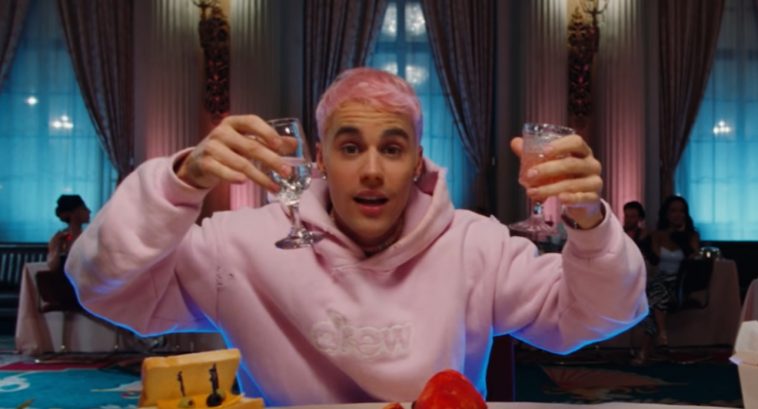 “Yummy” earns #1 thanks to the 37.4 million views it received during the January 3-9 tracking period. “Yummy,” notably, achieves the #1 debut despite arriving on the second day of the tracking period.

Ritesh Pandey & Sneh Upadhya’s “Hello Koun” holds at #2 on this week’s chart with 34.7 million views, while a view count of 34.1 million brings Tones and I’s “Dance Monkey” down two spots to #3.

— As it tops the video chart, “Yummy” earns #3 on the Global YouTube Songs Chart with 57.8 million views across official uploads and select user-generated content. The lyric video made a big contribution, earning #12 on the Music Videos chart with 14.7 million views.

The success of the song, moreover, thrusts Bieber sixty-three places to #13 on the Global YouTube Artists Chart.