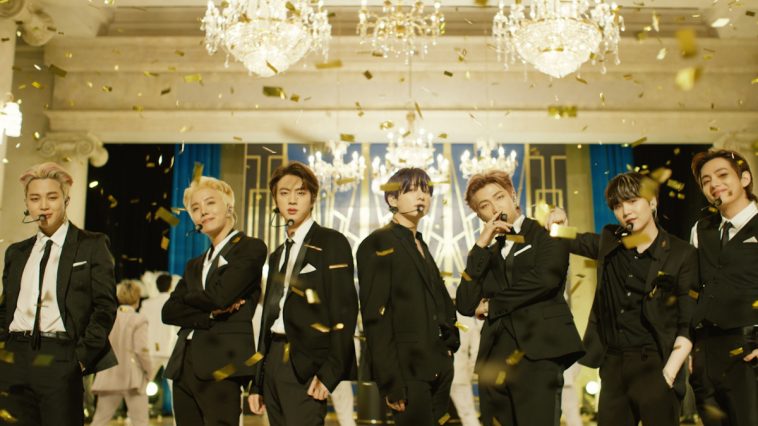 The seven group members appeared in a personality segment, during which they introduced Colbert and his audience to trendy hand gestures. They also delivered a performance of the aforementioned “Butter.”

Videos of both segments follow; a press screenshot from the performance is also below.


====
Since launching this past Friday, BTS’ new single “Butter” has been breaking records — and commanding ample attention. Its list of accomplishments include posting the biggest opening day streaming total on Spotify Charts history and receiving the most opening day video views ever on YouTube. The song also just posted one of the best single-week pop radio add counts in modern music history.

To keep the momentum going, the superstar group will perform on Tuesday’s “Late Show With Stephen Colbert.” News of the performance sparked considerable excitement when it was announced last week, and the anticipation has only grown immensely.

Tuesday’s “Colbert,” which also features interview guest Gayle King, will air at 11:35PM ET/PT on CBS. A video of the performance will be posted upon availability.