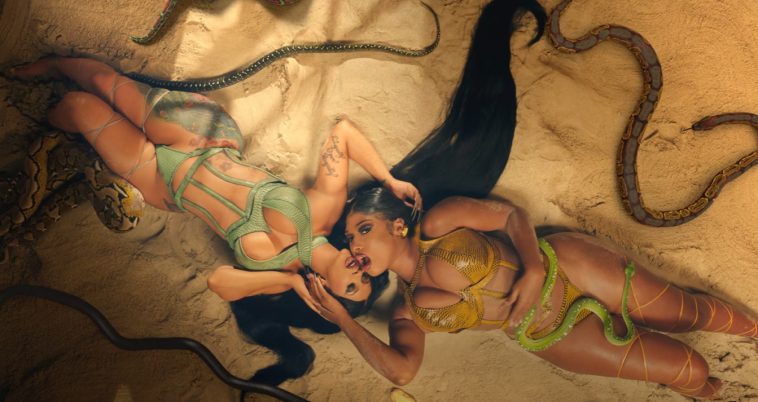 In addition to reaching #1 on the US iTunes sales chart and posting massive opening day YouTube numbers, Cardi B & Megan Thee Stallion’s “WAP” made a major opening day impact on the audio streaming front.

The song, in fact, earned #1 on the US Spotify and Apple Music charts for Friday, August 7. It topped the US Spotify chart with 2.340 million in opening day streams; Apple does not publicize its streaming numbers.

“WAP” also garnered ample first-day support at radio, with dozens of rhythmic and urban stations providing multiple plays. According to Mediabase, nearly 20 rhythmic stations and over 25 urban stations had played the collaboration at least ten times by the end of Friday. It is already trending Top 50 at both formats.