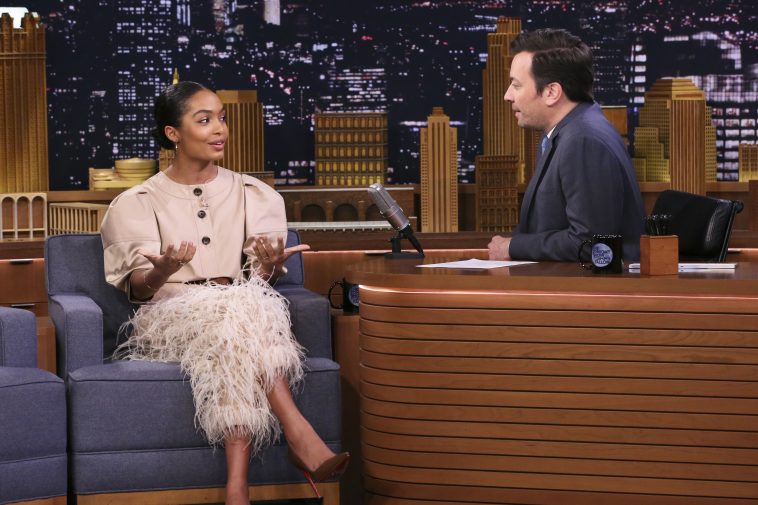 Actress Yara Shahidi during an interview with host Jimmy Fallon on May 16, 2019 -- (Photo by: Andrew Lipovsky/NBC)

“The Tonight Show Starring Jimmy Fallon” just returned from holiday hiatus, and its string of new episodes will continue through next week.

The Tuesday, January 14 episode will feature Tyler Perry as its lead interview guest. The episode will also feature a chat with actress Yara Shahidi.

Which other celebrities can you expect to see on NBC’s flagship talk show? NBC’s official listings follow: