Just over a week has passed since its release, and Olivia Rodrigo’s “drivers license” has already reached a major milestone on Spotify.

The song has already reached 100 million total streams on the platform. Needing just over eight days to cross the threshold, “drivers license” breaks a record for fastest trek to 100 million in the platform’s history.

On a global basis, the song has spent the past few days breaking and re-breaking the record for most single-day streams among non-holiday songs. The song again broke said record Friday, notching 13,714,177.

Note: The cumulative number (100 million) is based on the raw Spotify app counter. The individual daily records are based on the filtered SpotifyCharts calculation, which Spotify says is the most accurate resource for streaming figures. This dichotomy is consistent with historical practice and record-keeping, therefore ensuring an apples-to-apples comparison with past songs. 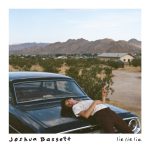