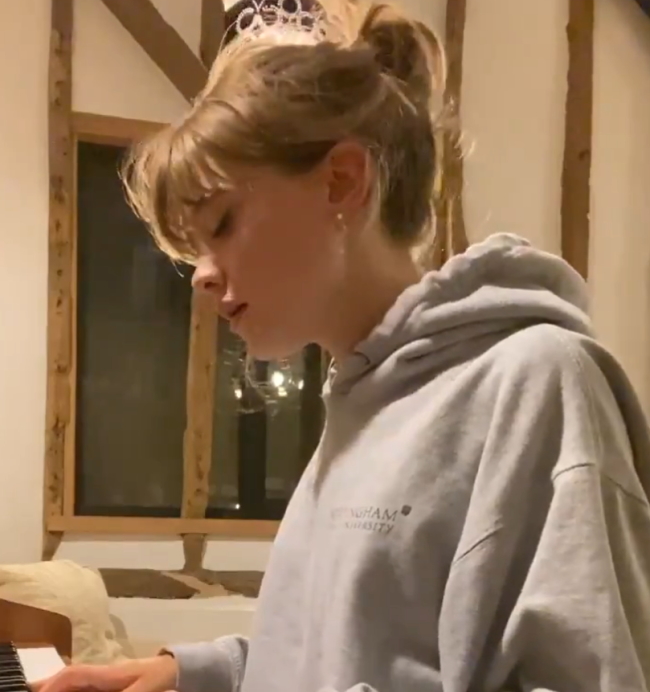 Like many fellow artists (and, really, anyone with an interest in pop culture), Maisie Peters has shared excitement over Taylor Swift’s surprise new album “folklore.”

Monday, however, the artist went one step further by covering a track from the album.

Peters, who has long expressed admiration for (and drawn inspiration from) Swift, posted a 1-minute take on album standout “betty.” Featuring Peters’ characteristically endearing, emotive vocal ability, the cover proved immediately resonant with those who watched.

On Tuesday, that list of impressed listeners grew to include Taylor Swift herself. Swift praised the cover in a Tuesday afternoon Tweet, noting, “My ears have been blessed on this fine Tuesday.”

Peters quickly expressed appreciation to the “queen” for the kind words.

it’s important @taylorswift13 knows that i would die for betty pic.twitter.com/dE6r7FlJCT

My ears have been blessed on this fine Tuesday 🙏🙏🙏