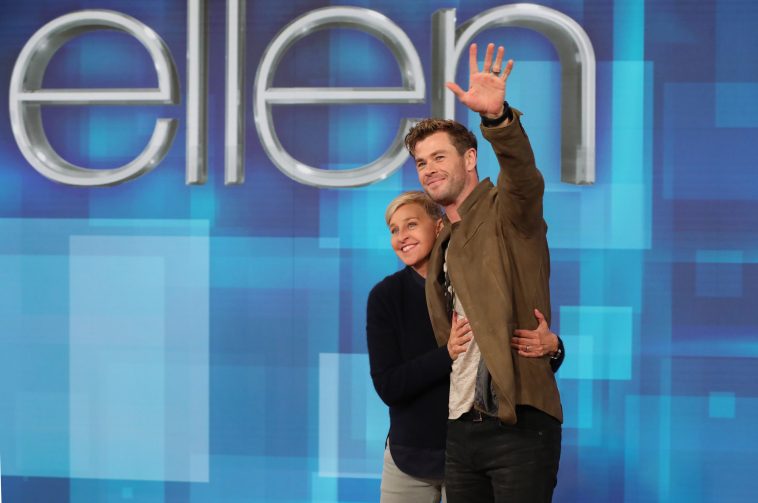 Chris Hemsworth, who was originally set for April 21, will now be appearing on April 23.

The Swab Squad is still set to appear on April 21; Wanda Sykes is also listed for that episode.
====

According to new listings, the actor will appear (almost certainly via video chat) on the April 21 edition of “The Ellen DeGeneres Show.”

In addition to Hemsworth, the episode is set to feature an appearance by members of “The Swab Squad,” a group of Jefferson University Hospital Nurses that has been making waves on TikTok.

Other upcoming “Ellen” guests follow; all listings are subject to change.