Amid the continued rise of her breakthrough single “I Hope,” Gabby Barrett reaches a new peak on the Billboard Emerging Artists Chart.

The peak, in fact. She improves to #1 on this week’s edition of the listing, which ranks the top artists who have yet to score a major hit on the key Billboard song or album charts.

Granted, “I Hope” is approaching major hit status. It rises to #44 on this week’s Billboard Hot 100, while improving to #6 on the genre-specific Hot Country Songs chart. It also reaches a new peak of #16 on Digital Song Sales and #2 on Country Digital Song Sales. 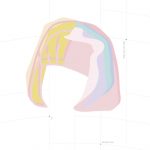