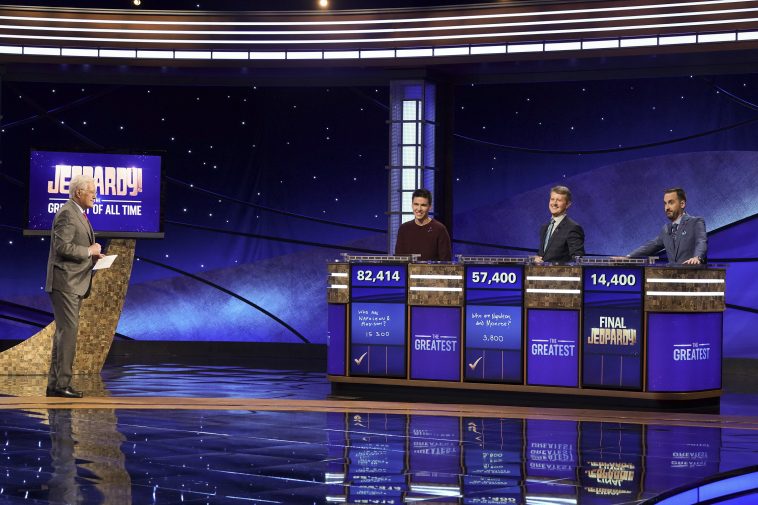 JEOPARDY! THE GREATEST OF ALL TIME - On the heels of the iconic Tournament of Champions, ÒJEOPARDY!Ó is coming to ABC in a multiple consecutive night event with ÒJEOPARDY! The Greatest of All Time,Ó premiering TUESDAY, JAN. 7 (8:00-9:00 p.m. EST), on ABC. (ABC/Eric McCandless) JEOPARDY!

Ken Jennings won the inaugural night of ABC’s “Jeopardy: The Greatest Of All Time” tournament. He did not extend his lead Wednesday.

Instead, James Holzhauer evened the score by winning match two. Holzhauer won both of the night’s games, scoring 44,314 in game one and 38,100 in game two for a combined 82,414.

“The Greatest Of All Time” thus heads into night three with James Holzhauer and Ken Jennings tied at 1-1. Fellow contestant Brad Rutter has yet to win a match.

The competition will end when one of the all-time greats wins three matches. It continues Thursday night.

abcjeopardy: the greatest of all time