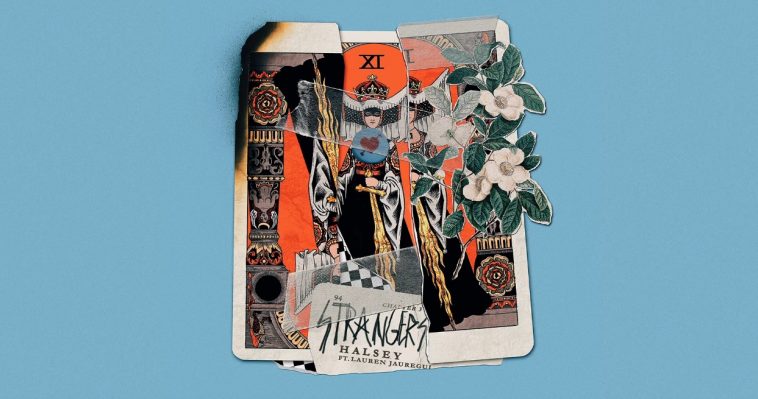 Identity. It is what separates special songs from good ones. It is what distinguishes legitimate artists from competent musicians.

It is also what makes Halsey so incredibly resonant in today’s music market.

Halsey’s music spans a variety of styles, incorporates a myriad of influences and tackles an array of themes, but it never feels remotely inauthentic. It never feels as if she is compromising or adapting; she and her story are always guiding the music.

We can talk about how her radio single “Now or Never” bears some superficial similarities to Rihanna’s “Needed Me” and Justin Bieber’s overall style. It absolutely does. But at no point does Halsey feel muted or anonymous; recognizable influences aside, the song is a crystal-clear window into who she is and how she feels.

Newly released track “Strangers” underscores Halsey’s powerful sense of identity. It does the same for Fifth Harmony’s Lauren Jauregui, who is featured artist on the track.

This identity exists in a conceptual sense. Halsey and Jauregui are openly bisexual, and “Strangers” explores a same-sex relationship in a way that is neither ambiguous nor gimmicky.

An even bigger achievement, however, concerns the degree of musical identity on this song.

On the surface, there is nothing especially unique or game-changing about “Strangers.” It, like so many contemporary pop songs, features 80s-inspired production. The melody, moreover, is fairly straightforward and predictable all the way through. There are no unexpected twists and turns.

Yet it comes across as so unique, personal and resonant. It is not “just another pop song.” It is a very strong Halsey and Lauren Jauregui song.

Their voices help. Both pack a tremendous punch into their vocals; they convey immense emotion and command without going remotely over the top.

Halsey has demonstrated this ability across her entire discography. “Strangers,” meanwhile, reveals the impressive extent to which Jauregui excels at this balance. Her delivery technique is actually fairly soft, loose and effortless, yet her husky, throaty voice envelopes listeners. Everything she sings absolutely matters.

There is also a wonderfully organic element to how their voices mesh. Whereas many duets play off obvious contrast– man and woman, rapper and singer — Halsey and Jauregui have fairly similar voices. Halsey’s voice may be a bit more ethereal and Jauregui’s more weighty, but they would ultimately fall under the same basic sonic umbrella.

That similarity works here, as it highlights the fact that “Strangers” finds two similar people candidly singing to and about each other. They are not performing in a calculated, theatrical way; they are expressing and confessing in an honest one.

“Strangers” also benefits from its candid, realistic, conversational lyrics. The strength of lyrics, particularly in the mainstream pop world, is not about the extent to which they are poetic. It is about the extent to which they can all-at-once be credible, personal and effortlessly relatable. Their resonance should not come from deliberate attempts to be “beautiful” or “universal” but from their inherent success in defining the artists’ personalities and feelings. Lyrics in that vein are far more resonant because they help audiences connect with artists as humans rather than as poets.

On paper, the words featured in “Strangers” would not win any awards. When sung by Halsey and Jauregui, those lyrics are nonetheless incredibly powerful in communicating a truth. That truth brings us into their world.

The song is not perfect. The pre-chorus — a crucial part of pop songs — does not pop as well as it could. It feels too embedded into the structure of the verses, lacking the sonic cues to tell us that the song is about to ascend to a new level.

The composition is also too linear. The intensity remains fairly steady throughout; it never reaches a particularly lofty climax. A stronger final chorus would have made the song more memorable.

Still, “Strangers” succeeds where so many pop songs fail. It knows that songs are not defined strictly in terms of their sound. They hinge on the meaning behind the words.

More importantly, they feel specific to the artists. They possess identity.

It is why complaints like “this is only a hit because it’s (insert famous artist) singing it — if some random pop artist sang it, it would flop” are fundamentally ridiculous. That is exactly the point: songs are supposed to be inextricably tied to the artist.

“Strangers” is indeed inextricably tied to Halsey and Lauren Jauregui. That is why it, despite having some familiar sonic tendencies, feels so special.

Available for standalone purchase and streaming, “Strangers” also appears on Halsey’s “hopeless fountain kingdom.”  The album will be released on June 2.