Dua Lipa has participated in several collaborations, including radio singles “Scared To Be Lonely” with Martin Garrix and “No Lie” with Sean Paul.

She also recorded “Lost In Your Light,” a collaboration with Miguel, for her forthcoming debut album.

None, however, is as high-profile as the one she just announced.

During a show at the O2 Arena, the critically acclaimed artist confirms she wrote a song with Coldplay frontman Chris Martin.

The announcement, predictably, made waves on social media.

The song is expected to appear on her album. The release of said album was actually delayed until June 2, 2017 to accommodate for “new songs and exciting collaborations.”

A new collaboration with Chris Martin would certainly fit both bills.

Details beyond the song’s expected inclusion on the album — such as title or plans for a pre-album release — are not yet available. 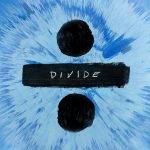