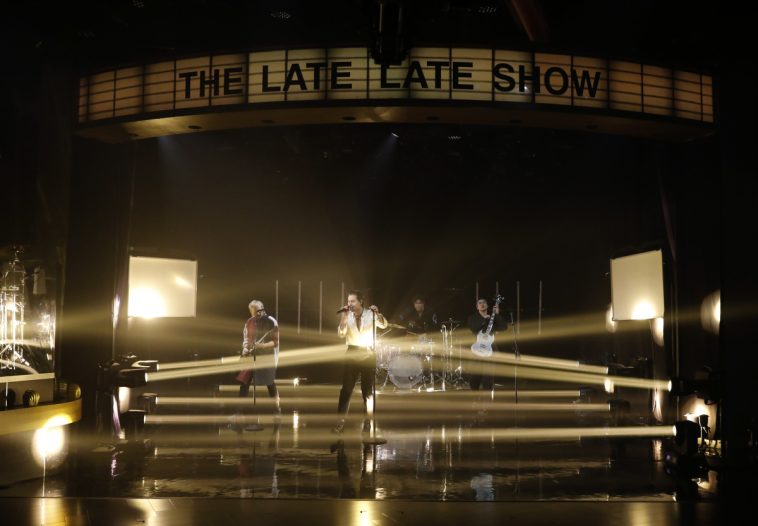 According to new listings, OneRepublic will perform on the Monday, March 7 episode. Frontman Ryan Tedder will also appear as a discussion guest, joining actor LaKeith Stanfield for a chat with Corden.

5 Seconds Of Summer will perform on March 8; the episode will welcome Jennifer Garner and Greg Kinnear as interview guests.

Walk The Moon will then play the March 9 “Corden,” bringing music to an episode that features Bob Odenkirk and Edi Patterson as interview guests.

The March 10 episode will not feature a musical performance, but it will include a chat with Adam Scott and Joachim Trier and stand-up from Maria Bamford.