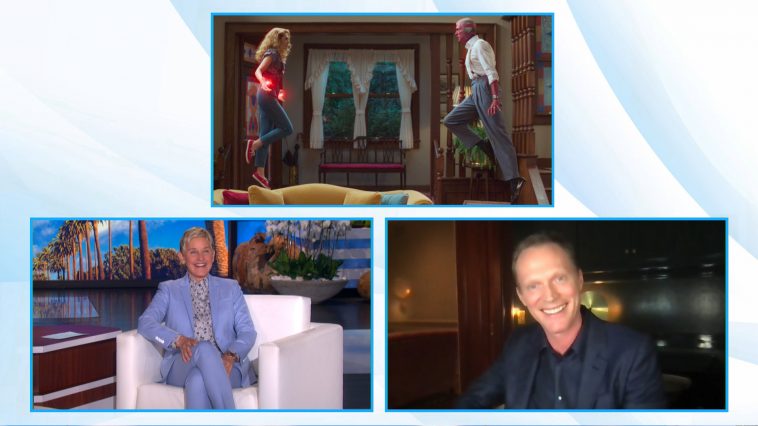 As the “WandaVision” finale draws near, star Paul Bettany makes an appearance on “The Ellen DeGeneres Show.”

Bettany, a remote interview guest, naturally talks about the hit Disney+ series during his chat with Ellen. Bettany also discusses winter weather topics, including a negative experience he had when teaching his son to ski.

Set to air Thursday afternoon, the episode will also feature an interview and performance from Maluma.

Waiting for the broadcast is not, however, a necessary move for those who want to see Paul Bettany’s appearance. A pair of videos from his interview follow: