Thanks to the success of his “Dangerous: The Double Album,” country superstar Morgan Wallen rises to #1 on this week’s Billboard Artist 100.

Up five places from last week’s position, Wallen is celebrating his first week at #1. The artist, who has spent 97 cumulative weeks on the listing, had previously peaked at #4.

The Artist 100 ranks the top artists in America based on factors like album sales, song consumption, and radio activity. Social media has historically factored into the equation, but is suspended as Billboard establishes a new Social 50 data partner.

The aforementioned “Dangerous: The Double Album” earns #1 on this week’s Billboard 200. Nineteen tracks from the release appear on the Hot 100, with one (“Wasted On You”) earning a Top 10 position. 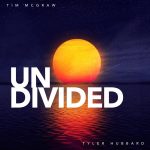