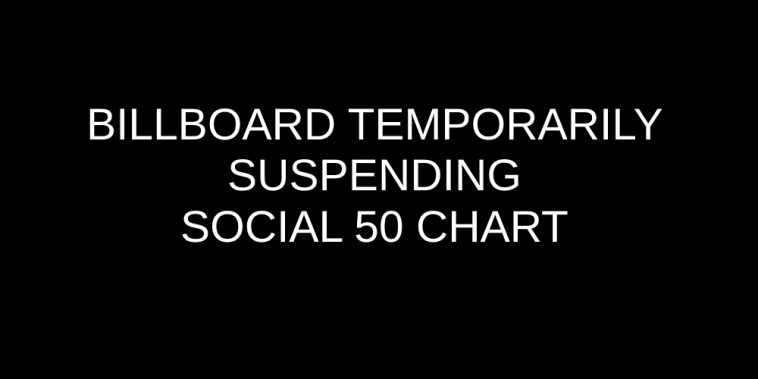 Billboard is putting its weekly Social 50 chart on pause.

The music publication announced the news Saturday, adding that it is “in talks to revive the Social 50 via a new data partner.” No specific return date has been announced, but Billboard anticipates the reboot in early 2021.

The Social 50 suspension will also impact calculations for the Billboard Artist 100 and Emerging Artists charts, which incorporated the same social data into their methodologies. Those charts will continue to run, but they will rely only on other metrics like album sales, song consumption, and radio airplay.

BTS is currently celebrating a record-extending 210th week atop the Billboard Social 50. Given the group’s dominance in most social metrics, BTS will likely pick up where it left off once Billboard restarts the chart.