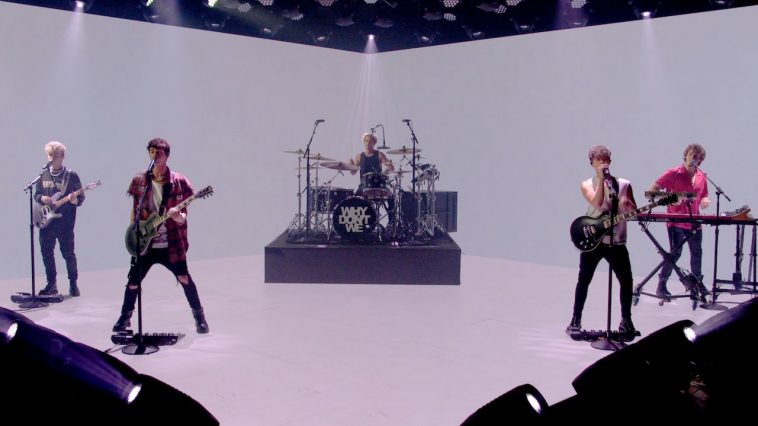 Why Don't We on Ellen - Video Screenshot via EllenTube/YouTube

To the delight of the band’s fans around the world, news broke last week that Why Don’t We would be performing on “The Ellen DeGeneres Show.”

The performance airs as part of the November 12 edition of the daytime talk show.

Why Don’t We performs “Fallin'” on the broadcast. The song, which boasts writing and production from the group members themselves, recently became Why Don’t We’s first single to reach the Billboard Hot 100 chart. It is also on the rise on the pop radio airplay listing.

The song appears on Why Don’t We’s forthcoming album “The Good Times and the Bad ones,” due January 15, 2021.

Thursday’s “Ellen,” which also features Vince Vaughn and Mario Lopez, airs this afternoon. Ahead of the official airing, watch the Why Don’t We performance below: